This is going to be a short one because literally everyone has run this race. And if you haven’t run it, you should. It is fun, slightly chaotic, well-managed, and just generally a good time. This was my first year running it, and while I had to miss part of Denver Comic Con, it was totally worth it. There was live music all along the course, the waves were well-marked, and there were plenty of portajohns. Packet pickup was the easiest ever since there were locations all over the city. The t-shirts are fantastic and I’m regretting not getting some kind of Sea Level is for Sissies merch (a hat or new sweatband would have been good).

My mom and I got my dad to drop us off so we wouldn’t have to fight parking, and we walked about a half mile to the starting line to meet up with our wave (PF). They sent us off pretty much right on the dot of when they said they would. The course is mildly hilly and goes through a lot of suburban areas, but because it is Boulder the views are awesome and tons of people were out bbqing and cheering and hollering, since it was also Memorial day.

Two things were a bit disappointing: Buffs stadium is under construction right now so that was less than thrilling as we climbed to the finish line, and they ran out of beer for the later racers! But other than that not bad, and the sample bags had plenty of food. The photos were free, but they weren’t individual ones, just big group shots, which is fine. They are decent quality so they’re easy to crop down. I didn’t set a PR since we had to stop to pee and the course was crowded, but who cares we had a great time.

This is a recipe that does not photograph well. I’ve tried dozens of times and it always looks terrible. However anyone who’s ever eaten spaghetti carbonara will tell you it is delicious, quick, and will appeal to almost anyone. I eat it the night before most races because it tends to sit well for me. And I REALLY love mushrooms.

Once you cook this dish once, you’ll have a better idea of how you prefer it. No matter how it comes out it is delicious, and it all comes down to your preferred customization methods. (I SWEAR I WILL GET A GOOD PHOTO SOME DAY.) 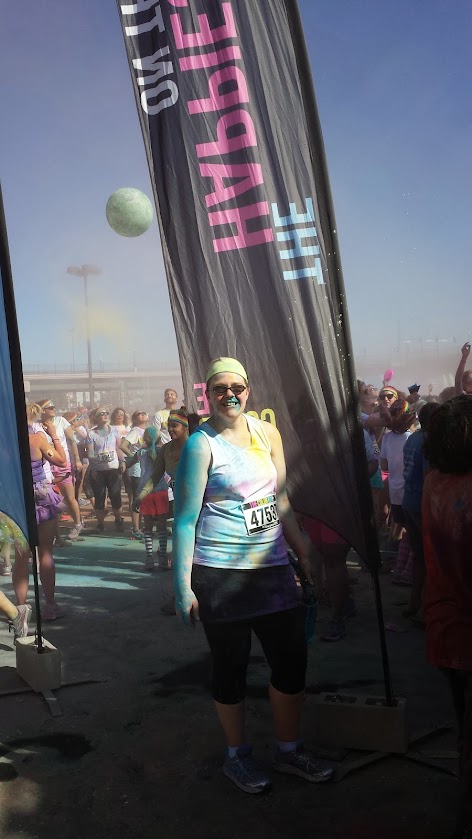 This is what I looked at after the Color Run, including the mosh pit o’ color.

There were enough portapoties at both, and the water stops were fine. Color Run gives you way more STUFF, but since I didn’t need a trucker hat, wrist sweat band, or either pair of socks… meh. I will say the Color Run t-shirt is MUCH better quality than the Blacklight Run shirt. Apparently the Shine Tour Color Run is giving out finisher’s medals, but I don’t know much more than that. There’s also supposed to be a bunch of shiny powder at the end (hence the name).

All in all, they are different enough that I would suggest doing both of them once, and then maybe picking which one you like better if you want to repeat the experience. The music at both was fun, the people were fun, and my mother and I enjoyed ourselves at both races. (Yes, my 60+ year old mother likes to do themed 5ks).

I’m doing Color Me Rad on July 11th, so I’ll report on that one as well. I’m told the overall “color” experience is better, but we will see. I’m also doing the Foam Glow Run in September, which is run by the same people who do the Blacklight run and uses the same course, so I’ll get to see if they’ve upped their game at all. 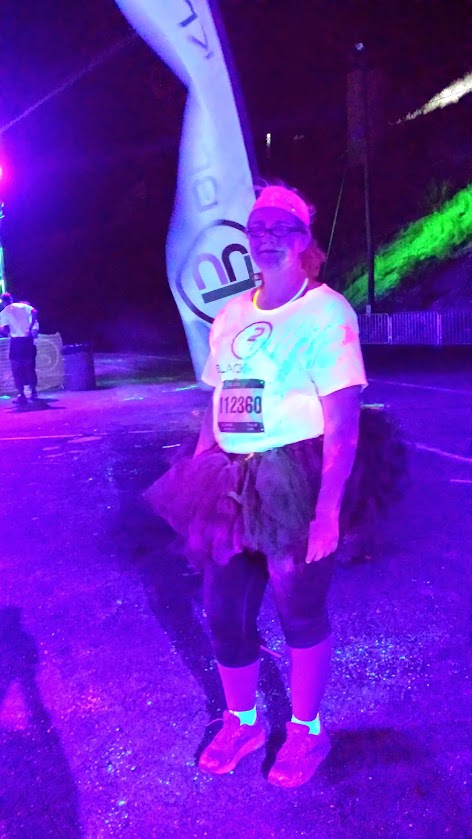 This picture makes me look pregnant for whatever reason, but it gives you a good idea of what you’ll look like at the end of the Blacklight run.

So this race was the second ever half marathon for me, and I have to say Disney is a tough act to follow. This was the 10th Anniversary of the race and while the medals were lovely, the race areas were well-marked and organized, and the portable toilets were plenty and fairly clean, I’m not sure I’d do this race again. For one thing, the parking was a nightmare, for another, while I loved going through the Denver Zoo, it wasn’t worth the hills you had to climb to get there. Not to mention they ran out of Gatorade at the last few stops by the time I made it out there (I’m slow, okay? REALLY slow). The packet pickup was at Wings over the Rockies, which was cool, but REALLY inconvenient, and I never would have made it there if I hadn’t gotten off work early on Friday.

I can’t compare it to any of the other Colfax races (5k, 10 miler, marathon, and relay) but as a stand alone for what it was worth, I’m not sorry I did it. Bonus that this year all the race photos were free!

Pros:
Trip through the zoo and the firehouse
Well organized
Nice part of Denver
Interesting Packet Pickup Location
Free race photos (PROBABLY ONLY 2015 BECAUSE OF THE 10TH ANNIVERSARY)

Cons:
Parking
No Gatorade
So. Many. Hills.
Lots of running through uninteresting parts of the neighborhoods
Not very many spectators

Here’s a link to the Colfax Race Series. 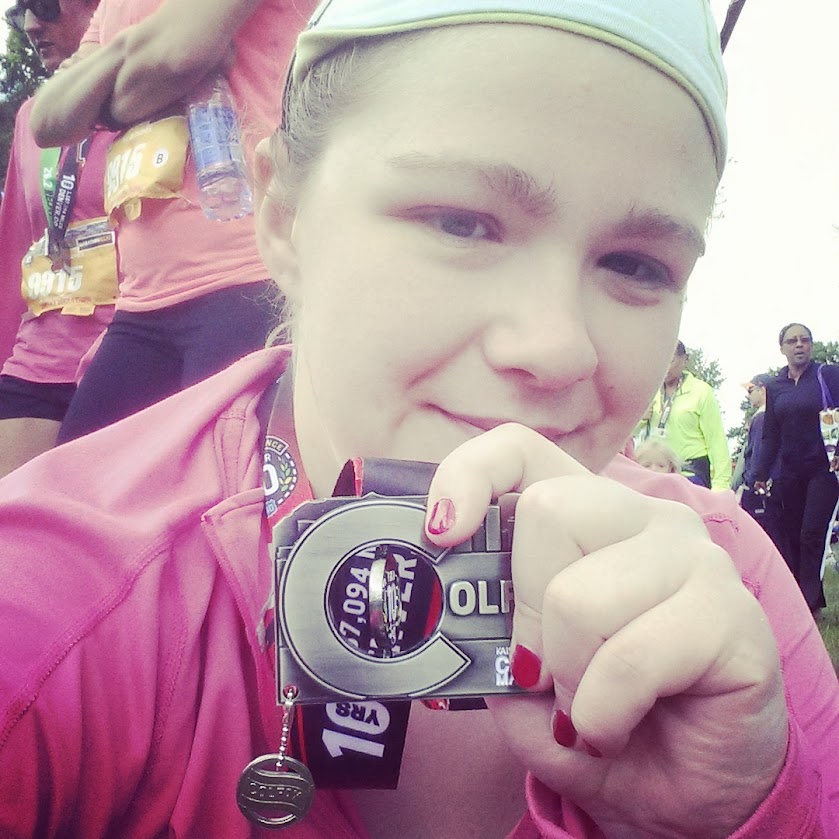 The medal in question is pretty awesome and came with a tiny medal baby for my purse.